You may have heard about Repatha, an injectable medication that is used to help lower LDL cholesterol levels for those patients who have not been successful enough with statin drugs. It is marketed by the pharmaceutical company Amgen, and is indicated for people with hypercholesterolemia and those with atherosclerotic cardiovascular disease (previous heart attack or stroke).

Here is everything you need to know about this relatively new medication, including how it works, side effects, costs, etc.

What is Repatha and how does it work?

Repatha is an injectable shot that is administered either every two weeks or once a month, depending on what your doctor recommends. It is typically given in addition to statin therapy, although it can be prescribed on its own.

How is Repatha different than a statin medication?

People are much more familiar with statin medications, also called cholesterol drugs, such as Lipitor, Pravahol and Crestor. These are more commonly prescribed and the go to medication of choice for those with cholesterol issues.

Let’s take a look at the similarities and differences here…

So you can see here that although both medications act to lower LDL cholesterol, they achieve this in two totally different manners. Statins reduce the amount of cholesterol that your liver manufactures, while Repatha increases the number of receptors available to remove excess LDL from the body. It’s kind of a one two punch, which is why the two medications are typically prescribed together.

Are Repatha side effects as serious as statins?

it’s interesting to note, according to the company’s prescribing information the side effects appear to be less sever than those of statin drugs like Lipitor and Crestor. As you can see in the chart above, although it can cause high blood sugar (diabetes) most of the other common side effects are relatively mild. Compared to the statins, which can cause muscle breakdown, liver damage and cognitive issues, Repatha side effects are significantly less severe.

This is welcome news for those who need to be on both medications, as at least they won’t have to potentially deal with more life threatening side effects than they already do.

There are two PCSK9 inhibitors currently on the market. One is Repatha, and the other is Praluent, from manufacturers Sanofi and Regeneron. They are fierce competitors, and they have been embroiled in lawsuits for years trying to take each other down. However, the real issue is not which one infringed on the other’s patent, but rather the extremely high cost.

Currently, Repatha injections as well as Praluent cost roughly $14,000 a year, which is way out of reach for most people. Compare that to a few hundred a year for a general statin medication, and you can see why doctors are hesitant to prescribe Repatha or Praluent to their patients. Even those who might really need the medication are likely to balk at the price.

So the reason you may not have heard of Repatha, Praluent or PCSK9 inhibitors is likely because they just aren’t very popular. Yearly sales of these drugs is just a small fraction of what Lipitor, Crestor and other statins make. And until they figure out a way to get the cost down, it’s likely to remain that way.

So what’s the bottom line here?

There are positives and negatives when it comes to Repatha injections. The positives are it can help lower LDL further if statins aren’t working for you. It may help lower your risk of heart attack and stroke. It doesn’t seem to cause the same severe side effects that statins do.

The negatives? It’s extremely expensive. It’s an injectable rather than a pill. It’s another medication to be taken on top of a statin, unless it is prescribed on its own.

So choosing whether or not to take Repatha vs Praluent alone or with a statin is a decision you have to make with your doctor’s guidance. If he or she determines that the benefits of taking the medication outweigh the drawbacks, then by all means go for it. Hopefully the price of these drugs will come down to a more affordable cost, so those who absolutely must be on Repatha injections can be without going bankrupt in the process. 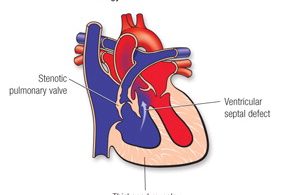 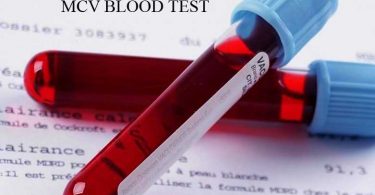 Xtend-Life Lipi-Rite is a safe, effective way to balance your cholesterol levels naturally!